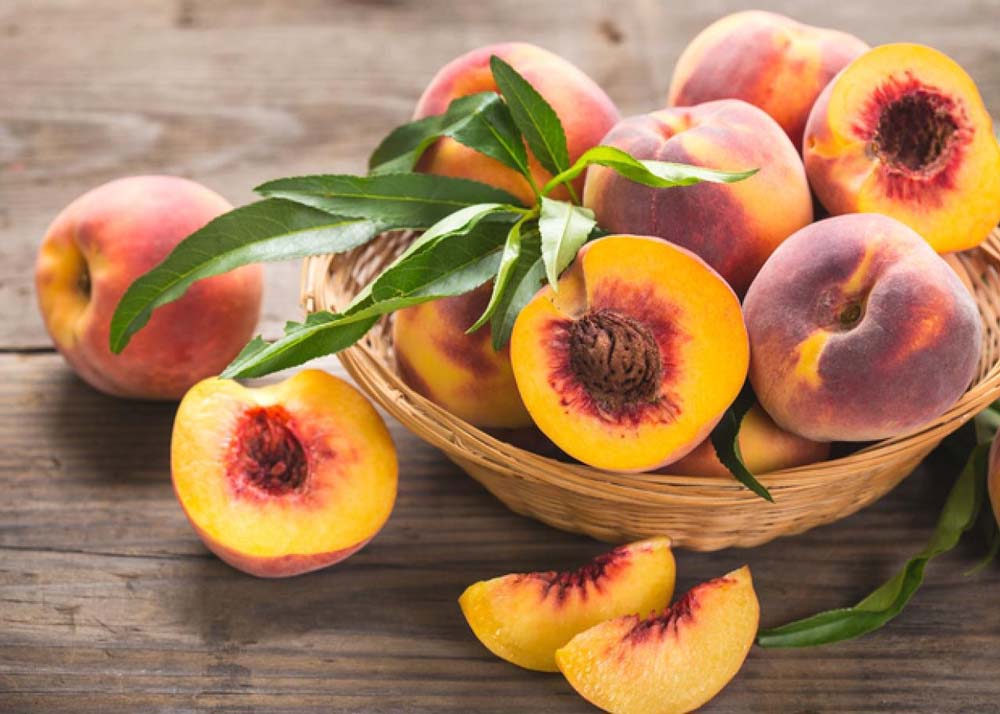 There are few pleasures that compare to picking a sun-warmed homegrown peach, biting into it, and letting the sweet rich juice trickle down your chin. Sadly, that’s an experience that those of us with small yards don’t get to indulge in: full-sized fruit trees just take up too much space!
And that’s where dwarf and miniature fruit trees come in. These tiny trees are a great option for space-challenged gardeners who dream of having their own fruit orchard. In fact, many dwarf fruit trees – especially peaches and nectarines – can be grown in large barrels. Best of all, although dwarf fruit trees are small in stature – their fruit (and flavor) are both full-sized. Here are a few of the dwarf fruit trees Shooting Star currently has available in bareroot:

Garden Delicious Dwarf Apple: Self-fertile, 8’ – 10’ tall (smaller with pruning). This mid/late season apple has a superb flavor – sweet and crisp – and is a good keeper.

Garden Gold Miniature Peach: Self-fertile and late blooming, so a good choice for colder areas. Garden Gold is a freestone peach with a great flavor, and ripens mid/late season.

Pix Zee Miniature Peach: Self-fertile, yellow-fleshed freestone. Pix Zee is vigorous to about 6’ tall (smaller with pruning), and bears large, delicious, firm-fleshed fruit.
Dwarf fruit trees have the same general requirements as full-sized fruit trees: well-drained soil, and a minimum of 6 hours sun a day during the growing season. If you opt to grow yours in a large container, you’ll need to make sure to keep them watered regularly – especially during summer months.
Tweet