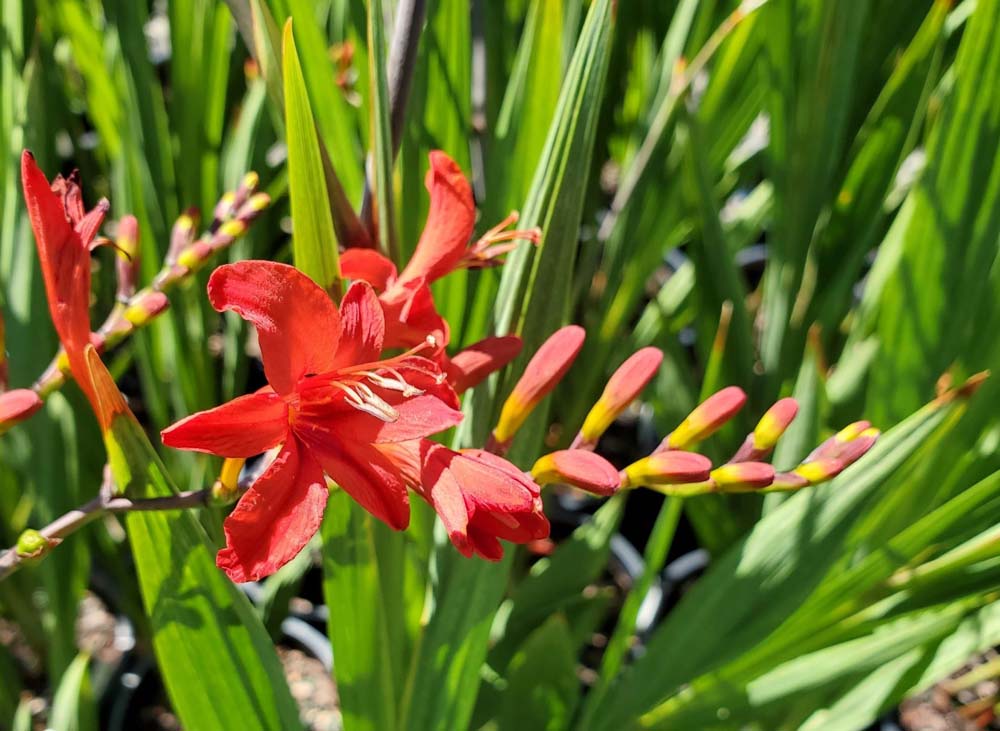 These fiery-colored flowers make a bold statement in the summer garden, at a time when most spring-blooming perennials are starting to fade in the heat. 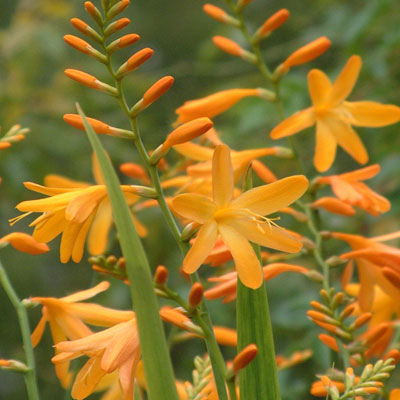 Crocosmia (also known as Montbretia) is a member of the Iris family and is native to South Africa – an area with a climate similar to our climate here in the Rogue Valley. They look a bit like a refined Gladiola, only with flowers held in graceful, arching sprays rather than on stiff, upright spikes. Plants are deer resistant, drought tolerant when established, and grow well both in the ground or in containers. For a really dramatic effect, consider planting Crocosmia in large drifts to bring a splash of vibrant color to your garden. Hummingbirds find these plants irresistible, and you’ll often see several of them working a large planting of Crocosmia.

If you are a fan of bringing fresh flowers into your home, you’ll be happy to learn that Crocosmia are also a great addition to the cutting garden. Not only do the flowers hold up beautifully, but their seed pods and long, narrow leaf blades can be used with striking effect in flower arrangements!

We carry three different varieties, ranging in color from a rich yellow to a brilliant red: 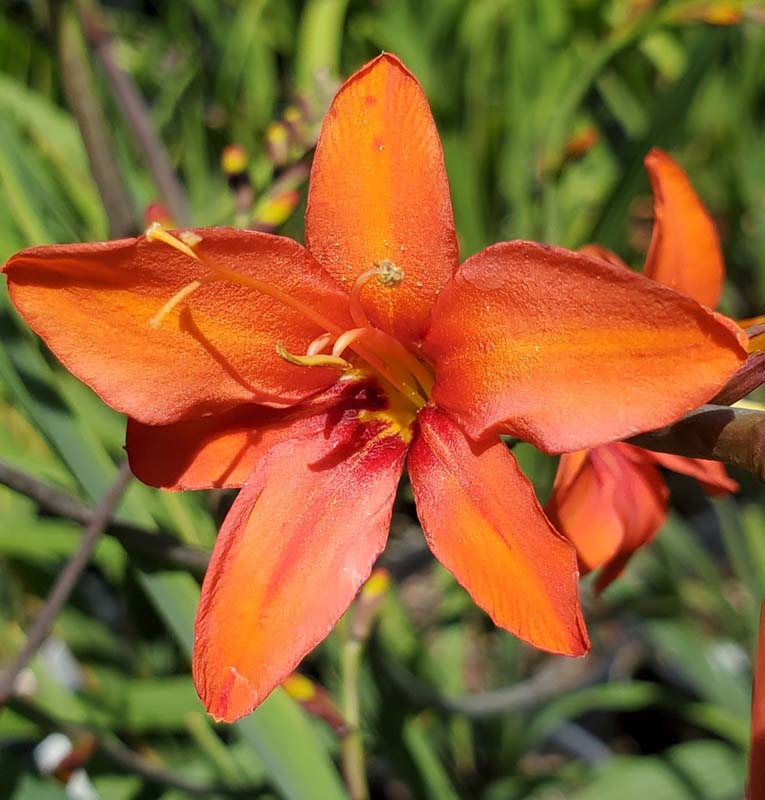 ‘Emily McKenzie’: ‘Emily McKenzie’ is a mid-sized Crocosmia, reaching between 2’ and 2 ½’ tall. Bright orange flowers darken to red near the throat, with a yellow center.

‘George Davidson’: This is the shortest of the varieties we carry. Plants tend to top out at around 1 ½’ tall. Orange buds open up to lovely, golden-yellow flowers. Photo top right.