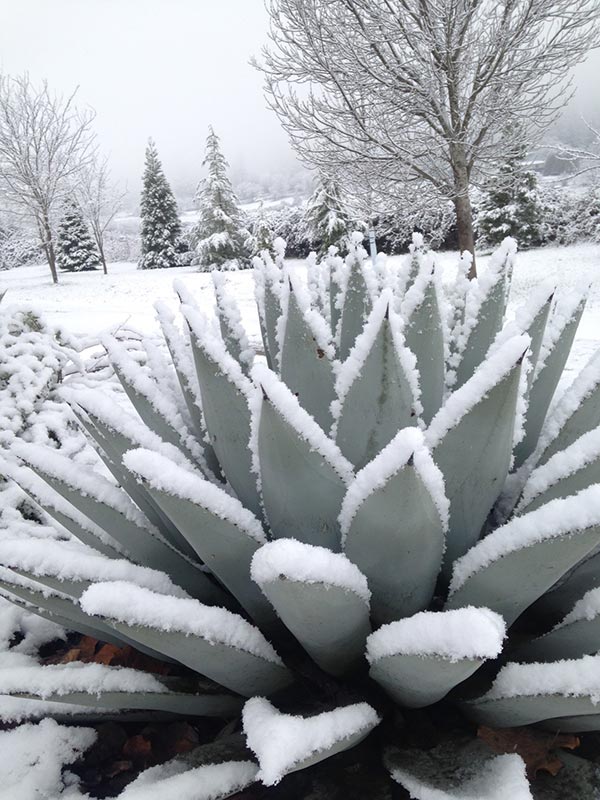 Hardy Agaves capture us like no other plant.  Their almost mathematical geometry is mesmerizing and they are tough as nails.  One of the true survivors on our property- managing the dips in temp to 0 degrees Fahrenheit in 2013 and the foot of snow in 2017 with not a speck of damage.  The two main hardy Agaves that we enjoy growing are Agave parryi which is a bit more pinecone shaped and Agave neomexicana which is a bit more open.  They both are blue in tone and have decorative, but nasty thorns.  They require sharp drainage and seem to do best planted in a mound.  We amend the soil with 1/4" gravel or larger decomposed granite and use it for a mulch as well to keep soil away from the crown of the plant.  Agaves do best in full sun and can look striking in a container.  They require little water once established, their fleshy roots are good at growing deeply into the soil.  One sharp poke to the nose and deer will know to leave these desert plants alone.  These two species are hardy to at least zone 7, if not zone 6.  Once they get into the 2' wide range there is the possibility of them making a flower spike and then dying, but they have usually made pups by then which will carry on the Agave torch.  You'll want to make room for these gems in your drought tolerant garden. 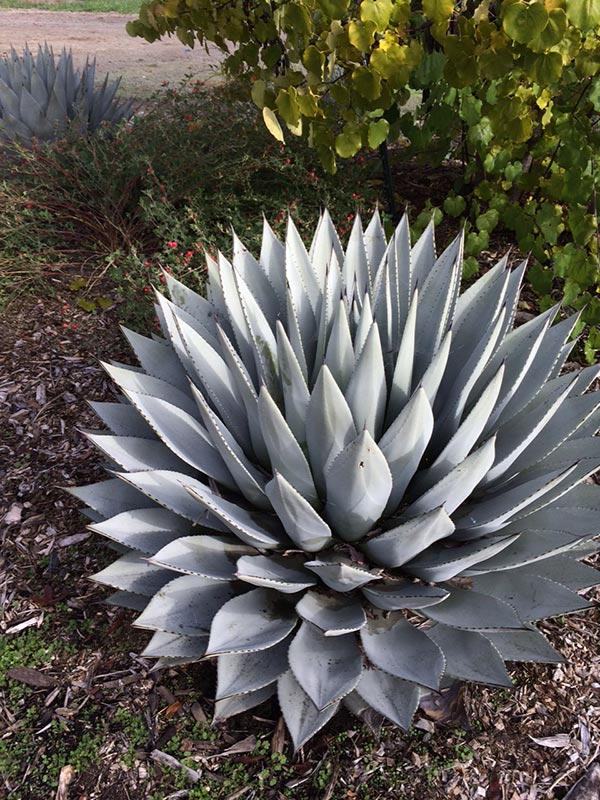