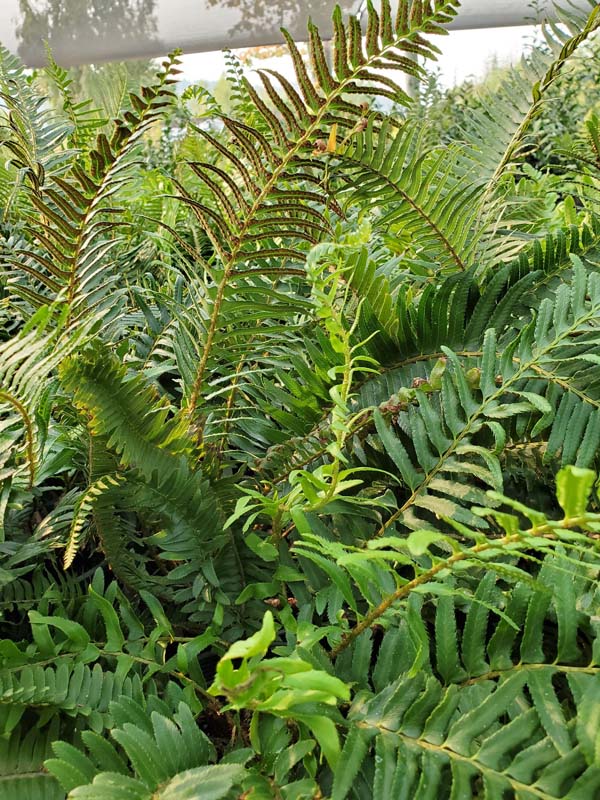 The sculptural fronds of ferns provide lots of winter interest, and Western Sword Fern is one of the toughest, most drought tolerant, and easiest ferns to grow in the Rogue Valley.

This native fern can tolerate our dry summers and wet winters and even take a little sun. It prefers to be an understory plant but established ferns in good, composty soil will tolerate quite a bit of sun. The key is to get them well established with deep waterings the first few summers and applications of yearly leaf mulch or compost mulch. Western Sword Fern has a courser texture than some more delicate ferns but that makes their fronds last longer, allowing them to be used in cut flower arrangements. The leathery, dark green fronds can be 2-4' tall depending where they are grown and can be used alone or look especially good in clumps or drifts.

We like to use Western Sword Ferns under large trees, like oaks, combined with Euphorbia purpurea, Heuchera sanguinea or the purple leafed varieties of Coral bells, Mahonia repens, and other dry shade perennials and shrubs. All ferns are deer resistant and the Western Sword Fern is no exception. They are evergreen but will look their best with an annual shearing of the oldest fronds in spring to allow the new fronds to uncurl. Leave the old, pruned fronds as a natural mulch.  Ferns are always interesting to watch throughout the seasons and Western Sword Fern makes an especially nice evergreen specimen in the shade garden. 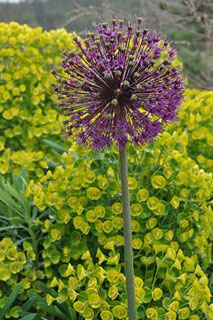 Another plant we love to sing the praises of: evergreen, usually compact, deer resistant and drought tolerant - with flowers that last 3 months or more. And the only thing you have to do to enjoy them is to not overwater and prune the flower stems back to the base of the plant after blooming is done. This photo shows a Euphorbia characias variety with a Allium 'Purple Sensation' in the foreground. Flowering begins in early spring and will easily last into July. The flowers are set off by the larger bracts, thus lasting longer than a typical petaled flower. When flowering stalks start to brown or look faded, just prune the flower stem all the way to the ground so the new stems can fill in.

As an added bonus, Euphorbias are evergreen in all but the coldest Rogue Valley winters, and their foliage tends to color up in winter; providing a nice visual interest in the winter garden. Euphorbias will take full sun to half a day of sun and need well draining soil. They all have a white sap in their stems keeping the deer at bay but can also cause a rash in some people, so wear gloves when pruning Euphorbias.

There are many varieties of Euphorbia and here are some of our favorites that we usually carry: 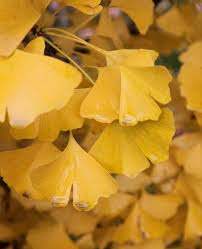 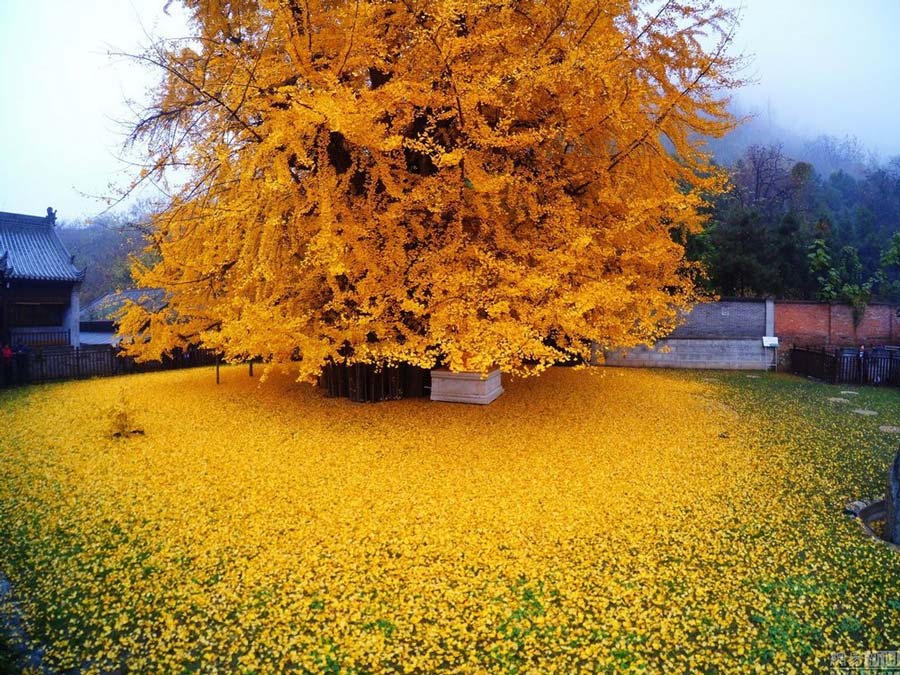 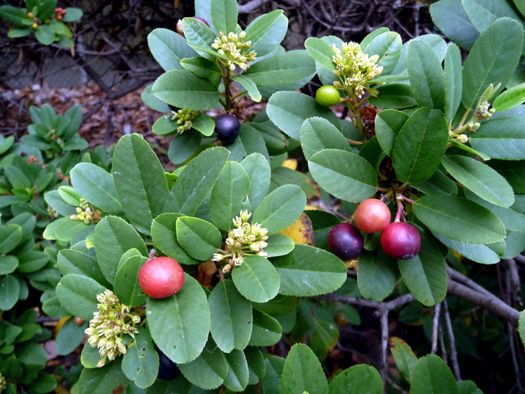 Coffeeberry is a great candidate for that hard-to-fill niche of an evergreen native shrub that also attracts birds and pollinators; is drought tolerant, deer resistant, and fire resistant; and even makes a good hedge or screen. In fact, it may well be the only plant that fills that niche!

Coffeeberry is a west coast native; occurring from southern Oregon all the way south into Baja California. It gets its common name from its fruit: berries that change from green to red to almost black over the course of the year. The flowers are inconspicuous (although pollinators notice them just fine) but the birds definitely notice the colorful berries.

Rhamnus makes a great hedge, usually growing at a medium rate to 6-8' tall and wide, with the potential to get larger in more wooded areas. The named variety 'Eve Case’ has broader and brighter, green foliage and will stay a bit more compact at 4-8' wide and tall. Its leaves are long and pointed and are a matte green with a paler underside.

Coffeeberry prefers full sun but can also be happy in part shade or a more wooded garden. In the Rogue Valley, it can tolerate the heat and most soils, although it prefers a sandy, well-draining soil. This is truly a drought-tolerant plant - once established, it can survive on no irrigation. To keep it more fire resistant, though, we recommend giving it a deep soak every two weeks during the summer months. We have found Coffeeberry to be deer resistant in most situations, especially once established. Deer may have a tendency to chew the new growth, but will leave plants alone when they get some size on them.

If you are new to growing native plants, this is a great plant to start with. Try it out to see how easy, attractive, and sustainable native plants can be in your garden! 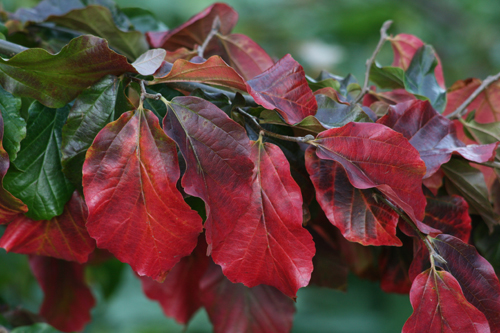