A recent hike along a popular local trail reminded us that these four great native shrubs – three of which can be found blooming in the woodlands around the Rogue Valley in late June and early July – are great additions to our gardens. All four are deciduous, fragrant, and wildlife friendly; and they all prefer light shade and are not at all fussy about soil type. Next time you’re looking for a new shrub for your yard, why not consider going native? 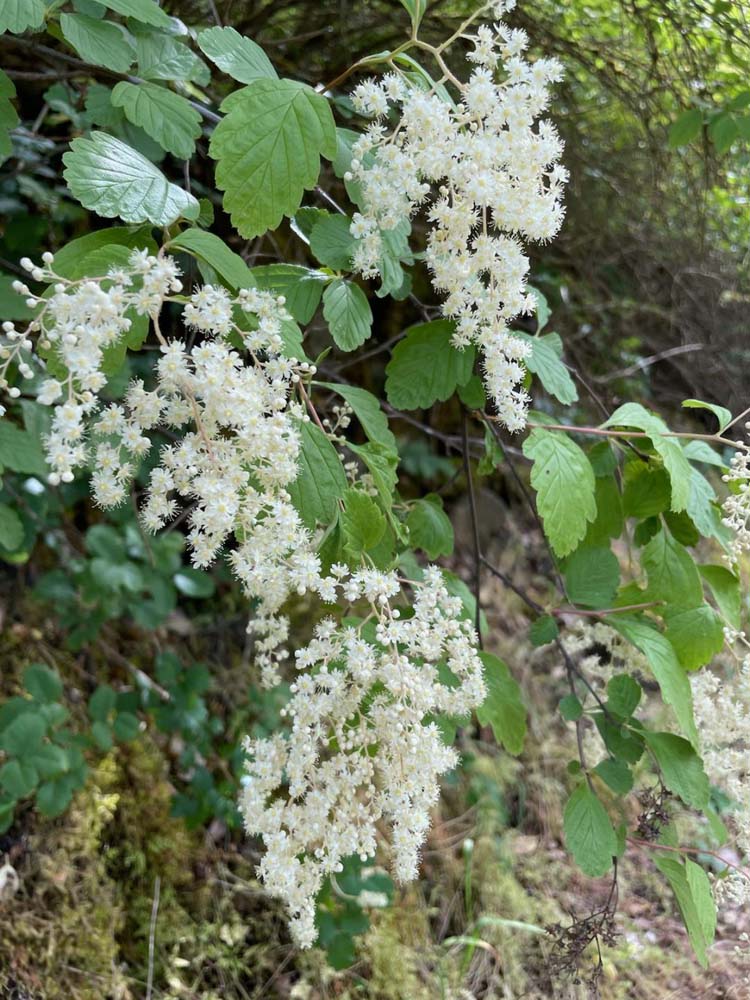 Holodiscus discolor (Oceanspray) – What a wonderfully descriptive common name for a truly lovely shrub! This member of the Rose family is covered with sprays of sweetly fragrant, frothy white flowers in the early summer. If you look more closely, you’ll notice that each spray is composed of dozens of exquisite little five-petaled flowers. Depending on your site conditions, Oceanspray can grow anywhere from 3-15’ tall and will get about 6’ wide. It is fast growing, deer resistant, and fairly drought tolerant once established and is a wonderful plant for hummingbirds, bees, butterflies, and a variety of other beneficial insects. 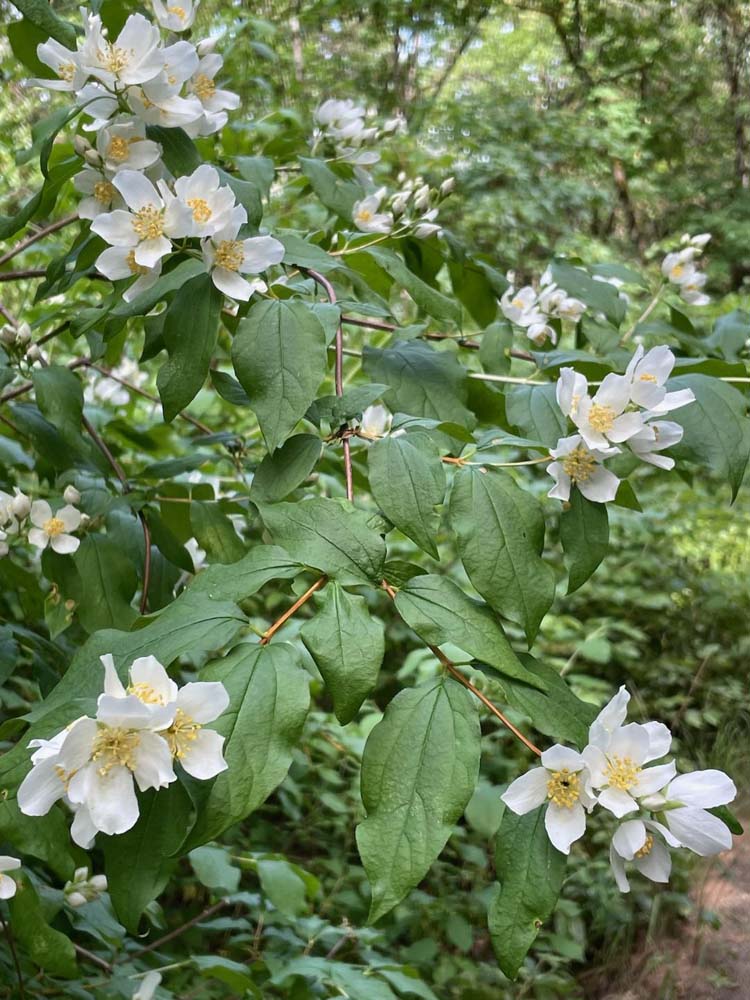 Philadelphus lewisii (Mock Orange) – This plant was named after Meriweather Lewis, of the Lewis and Clark expedition (extra plant-nerd trivia: the genus Lewisia is also named after Lewis, and the genus Clarkia was named after William Clark). You will likely smell Mock Orange before you see it – it is abundant along Lithia Creek and in the Jacksonville Woodlands - and it really does smell like orange blossoms! Simple, snowy-white 4-petaled flowers with bright golden anthers blanket the shrub in early summer. At maturity, Mock Orange will get 5-12’ tall by about 6’ wide. The bark gets attractively shaggy as the plant ages; providing good winter interest in the garden. Butterflies and other pollinators love it, relatively deer resistant (although may be browsed when its younger). Drought tolerant when established.

Rosa nutkana (Nootka Rose) – There’s something delightful about the simplicity of our native roses – just five dusty-pink petals, surrounding a bright golden eye. But despite its relatively small individual flowers, Nootka Rose blooms abundantly and has a rich and heady fragrance. Summer flowers are followed by bright orange hips in fall – popular with birds, and a great source of Vitamin C for humans. Nootka Rose grows in full sun or part shade, and gets about 7’ tall by 3-5’ wide. Left to their own devices, the plants will spread via root suckers and form thickets – good for bird nesting habitat, and making for a good hedge if you want to keep critters/people from walking through part of your yard! Plants prefer moderate water, and Nootka Rose is a good pollinator plant and a host plant for butterfly larvae. 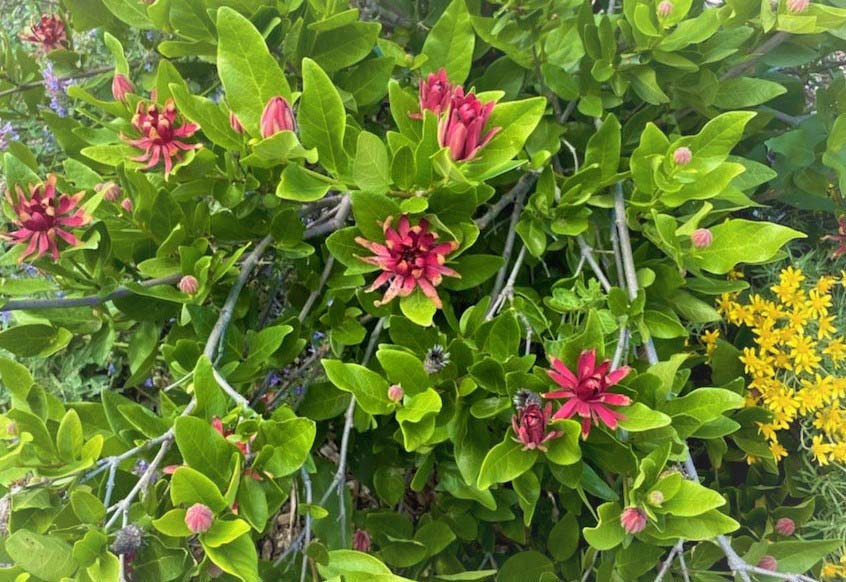 Calycanthus occidentalis (Spice Bush) – As the common name suggests, the flowers of this plant have a wonderfully spicy fragrance that smells a bit like mulled wine – particularly on a warm summer afternoon; while the bark smells like camphor. The flowers of Spice Bush are a beautiful reddish/purplish-brown and look like miniature waterlilies. There’s only one record for Calycanthus in the wild in Jackson County, but they do occur just south of us in Shasta County. Plants grow anywhere between 3-12’ tall and wide, depending upon conditions, and they are pollinated by beetles! Prefers part shade and moderate water, and is somewhat deer resistant.